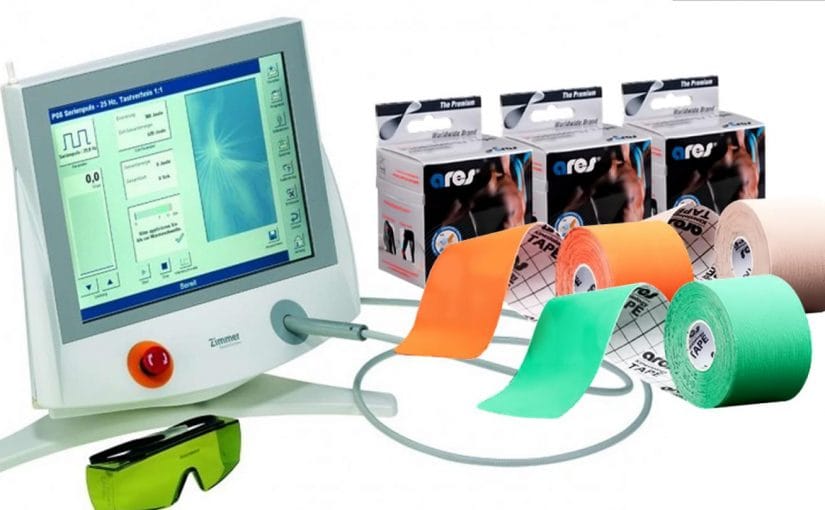 Anyone who has watched the Olympics has seen many athletes covered in various colours of tape for different reasons. This is kinesiology tape.

The efficacy of Kinesiology Taping has been debated recently in both scientific literature and social media.  In my practice I have found taping to be very beneficial to many patients for numerous different conditions, with the most noticeable and effective being acute (very recent/immediate) injuries. Kinesiology Tape can decrease bruising and pain immediately, with visible results in as little as 24 hours. The following story and images are of a patient whom I was able to treat in the past few weeks. The patient came to the clinic with an incredibly sore and bruised leg. 7 days prior to coming into the clinic, he had been out camping with friends.  While lifting a heavy object above his head, he heard a pop and experienced a sudden onset of intense pain down the back of his leg. 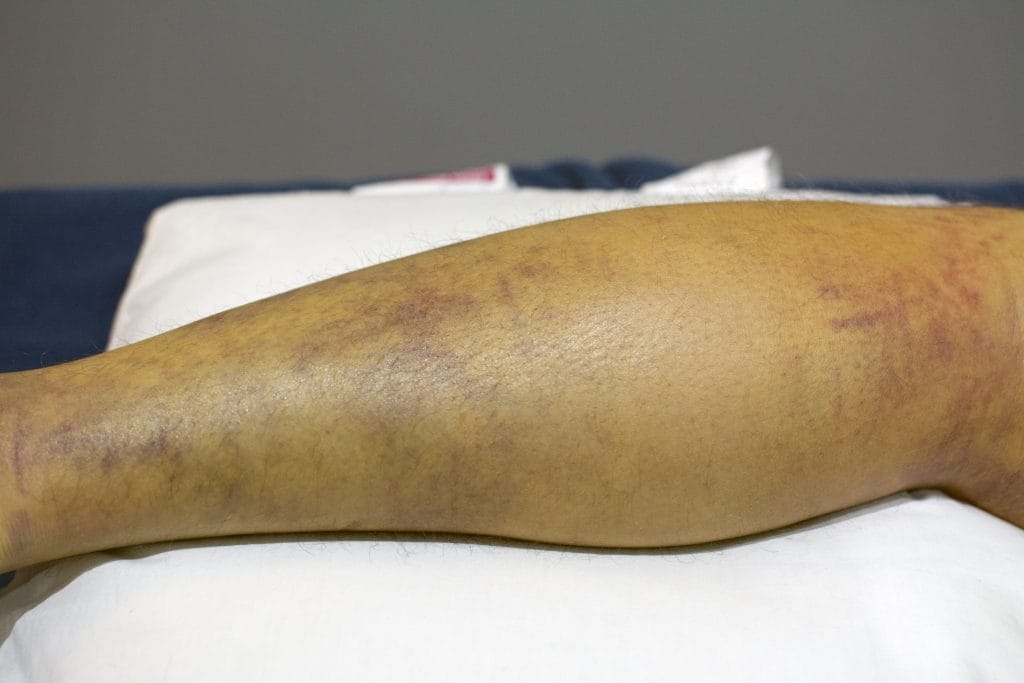 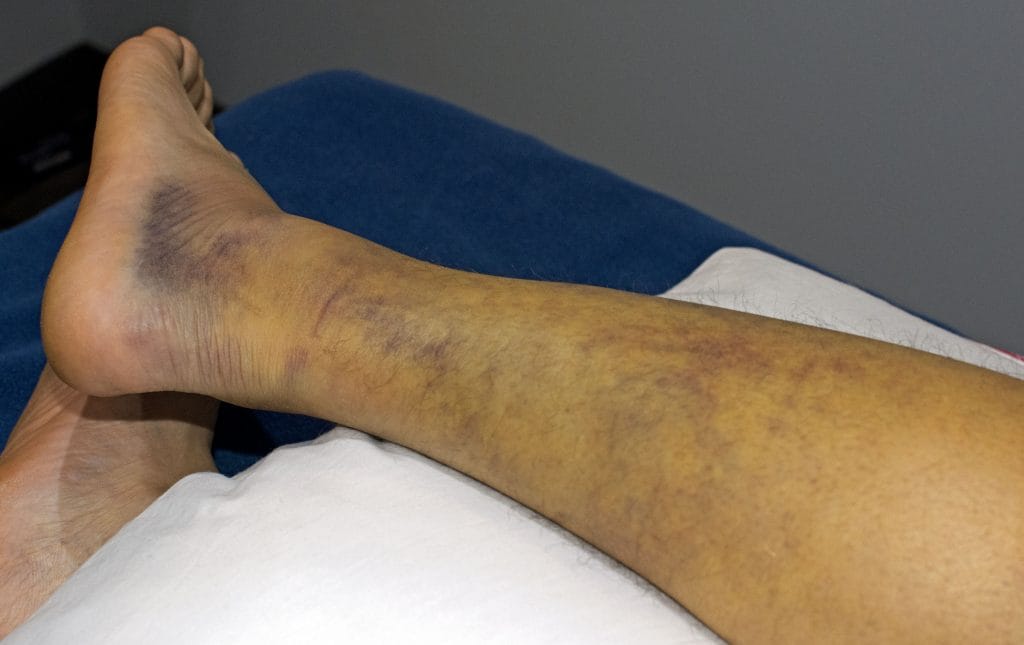 An MRI confirmed a hamstring rupture that would need surgery to repair. When a muscle is significantly torn or ruptured, it is common to see massive amounts of bruising as gravity pulls the blood down from the site of the muscle tear and pools it in the lower leg. I treated this patient with laser therapy and kinesiology taping to assist with pain and decrease the amount of bruising in his leg. 30 hours after the first treatment, he returned for a second session. Less visible discolouration was evident wherever I had put tape during his first visit. The intense pain the patient originally felt on the outside of his knee had now diminished, pain was primarily felt in the back of the thigh. 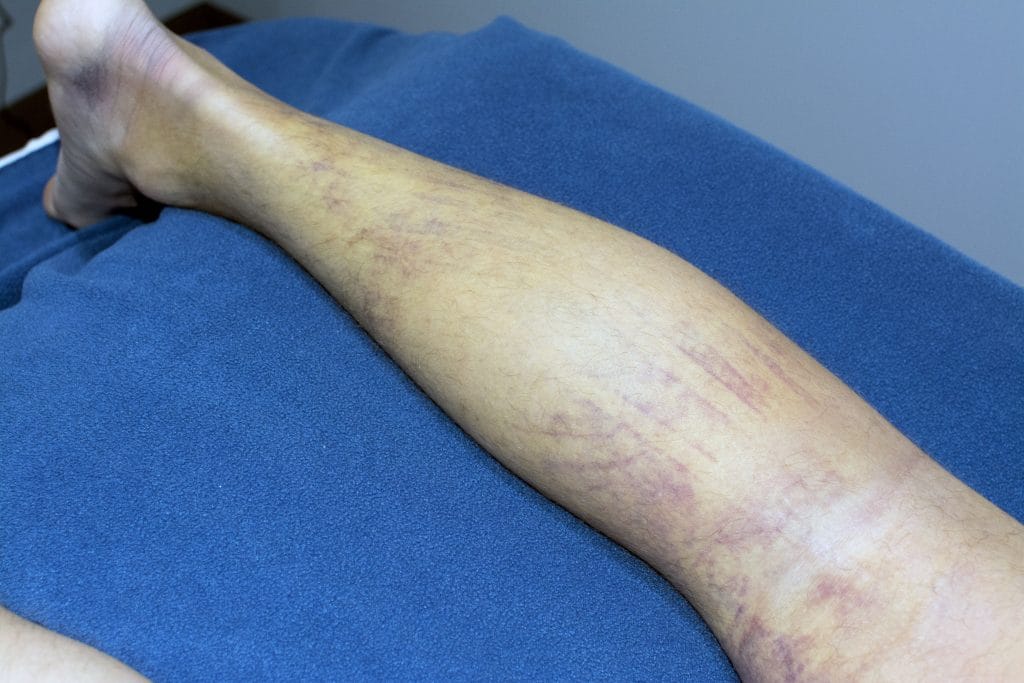 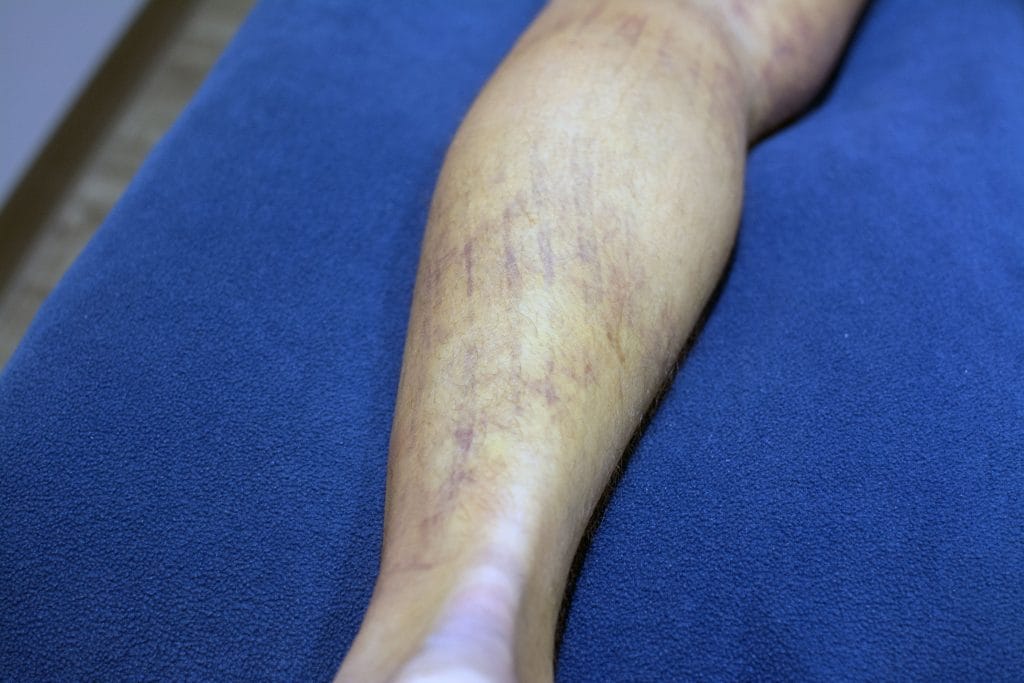 With daily laser and Kinesiology Taping treatments for the next two days, the bruising and swelling in the patient’s leg significantly decreased. He was able to continue working (albeit not without significant discomfort) until he was able to have the rupture repaired surgically. 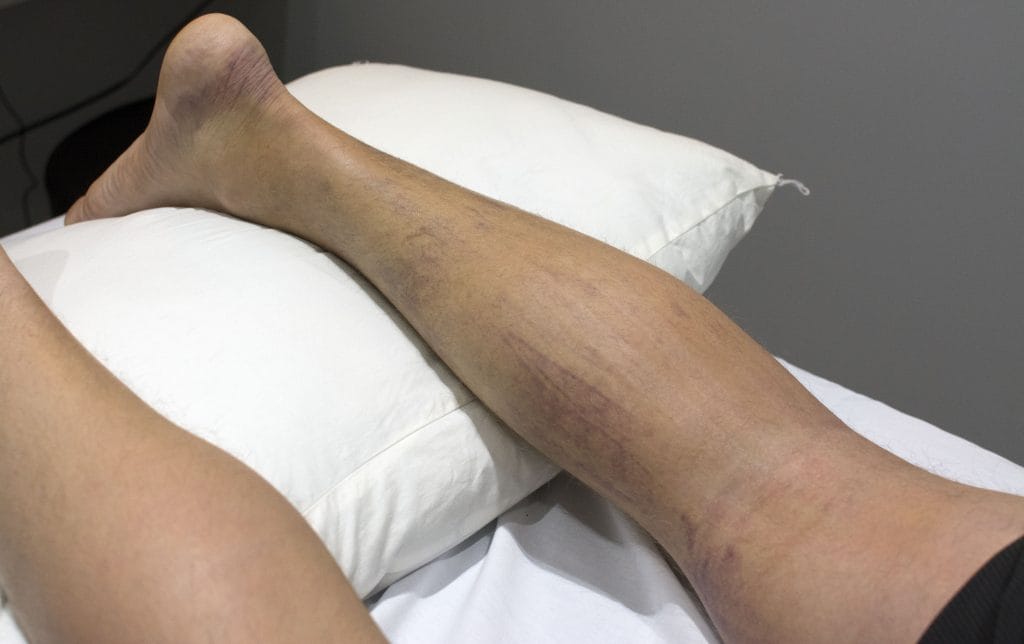 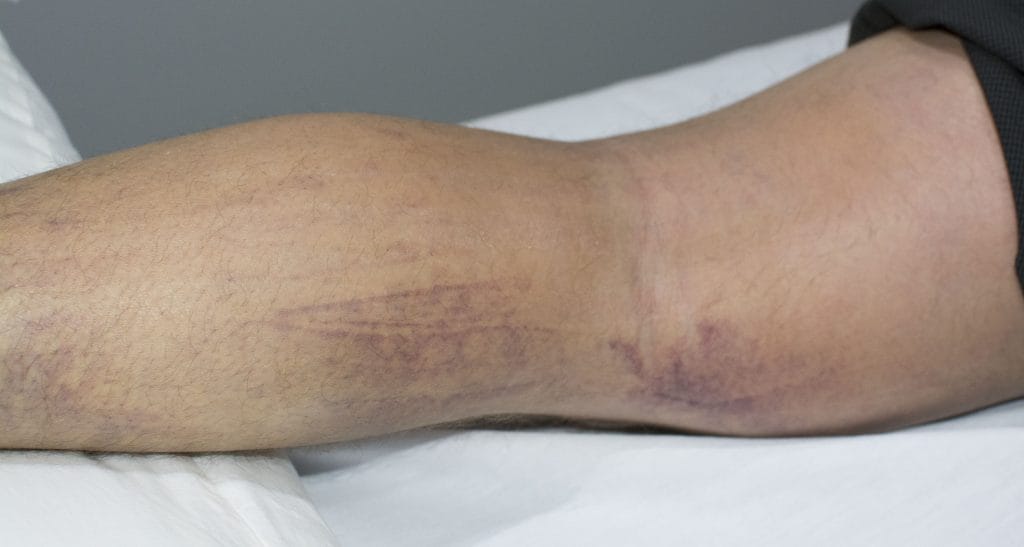 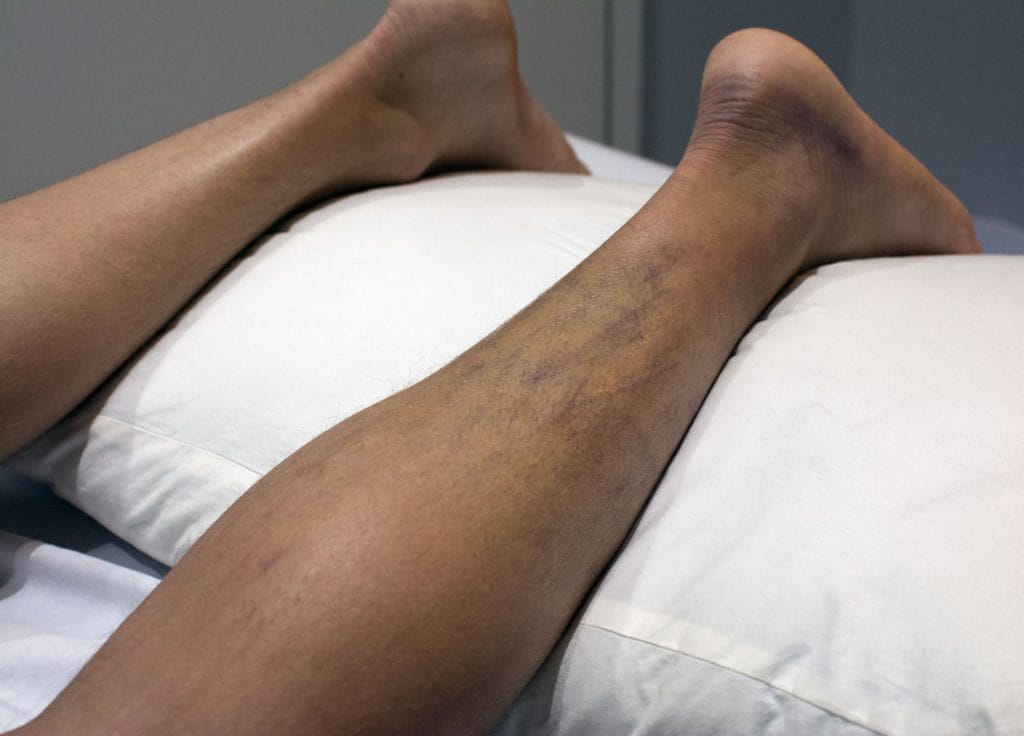 Update: The patient has had a successful tendon repair surgery.  He is anxious to start his rehabilitation program so he can get back to the active lifestyle that he loves.